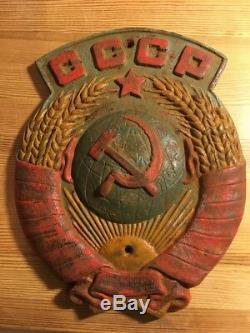 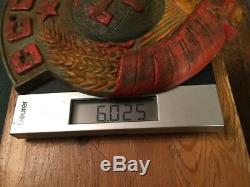 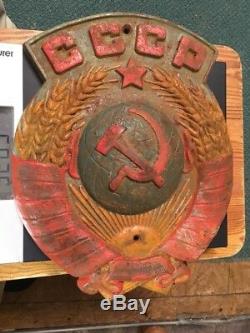 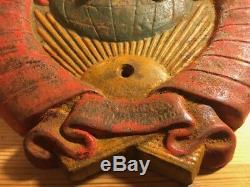 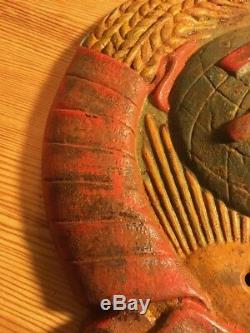 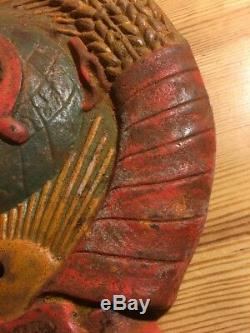 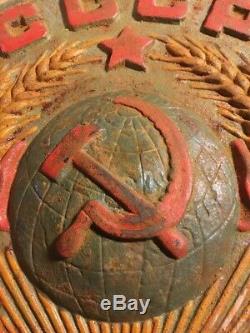 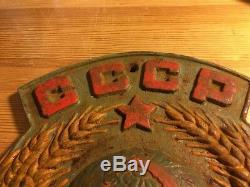 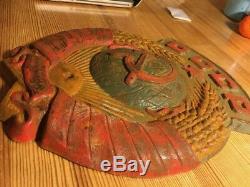 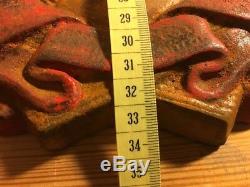 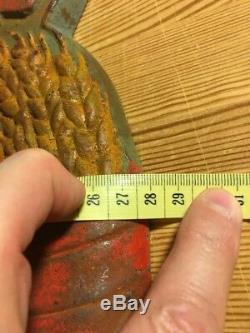 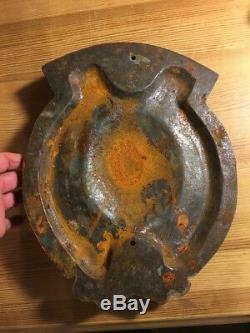 Rare Soviet Era Train, Border Marker, Coat of Arms. Several months back I offered one of these "Cast Iron" Soviet Coats of Arms found at the border of Latvia where the border guards stayed.

These are an anomaly because never before were these types of Soviet Train Coats of Arms cast in iron. An aluminum Train Coat of Arms was taken and a mold was made (during Soviet times) and then these coats of arms were cast in iron which wasn't a simple venture.

Casting in iron had to be done officially, not to mention, just reproducing a Soviet Coat of arms had to be done with permission from Soviet leadership. Well, this one actually has holes drilled in it so it was actually hung, either on a train or as a border marker and this one was painted. So this one was actually used and the other one I had may have been a backup and possibly unused.

Either way a very cool, very rare Soviet Coat of arms. It is the identical size as the aluminum ones, but they weigh less than 2 kg's and this one weighs 6 kg's (13 lb's)! Hundreds and hundreds of the aluminum ones were made, but only a very limited number of Cast Iron ones were ever made and only in Latvia, near the Lithuanian border. Just a very rare unusual Soviet Coat of Arms!

This item is in the category "Collectibles\Historical Memorabilia\Political\Rest of the World\Russia". The seller is "mrcooldeals" and is located in Brandon, Florida. This item can be shipped to United States.